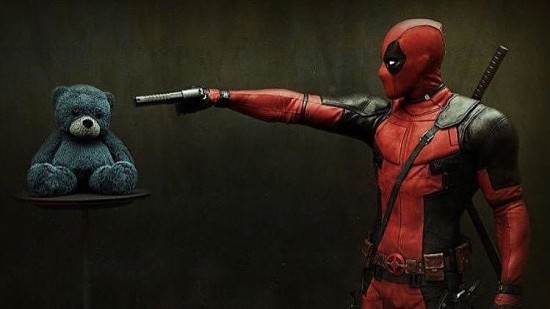 We’ve been waiting patiently ever since the Deadpool trailer from leaked at Comic-Con!

You probably saw the Deadpool trailer Christmas day since we’re sure you’re weren’t surfing the Internet while spending time with your families, right? Ok, don’t answer that!

Deadpool is based Marvel Comics biggest anti-hero and tells the origin story of a former Special Forces operative turned mercenary Wade Wilson (Ryan Reynolds), who is given accelerated healing powers after being exposed to a rogue experiment.

Armed with his new abilities and a dark, twisted sense of humor, Deadpool hunts down the man who nearly destroyed his life.

The film will also feature the mutant Colossus, voiced by Serbian actor Stefan Kapicic. ombieland writers Rhett Reese and Paul Wernick. Confirmed to be rated R, Deadpool is scheduled for a release on February 12, 2016.