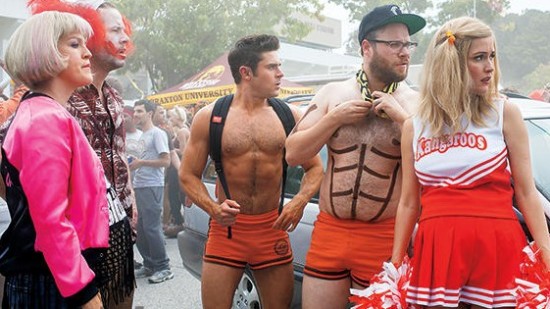 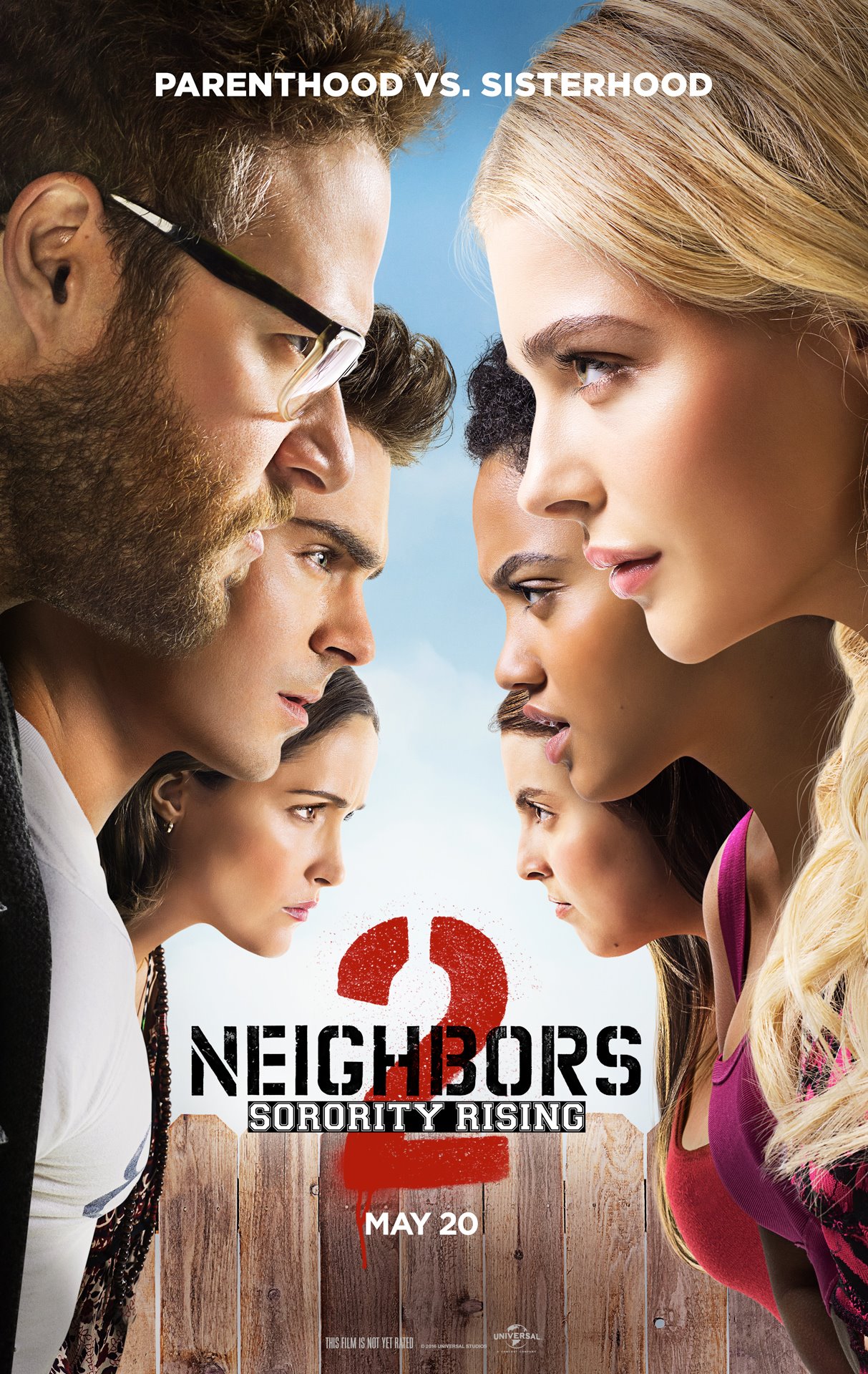 Now that Mac (Rogen) and Kelly Radner (Byrne) have a second baby on the way, they are ready to make the final move into adulthood: the suburbs. But just as they thought they’d reclaimed the neighborhood and were safe to sell, they learn that the new occupants next door are a sorority even more out of control than Teddy (Efron) and his brothers ever dreamed of being.

Tired of their school’s sexist, restrictive system, the unorthodox ladies of Kappa Nu have decided to start a house where they can do whatever the hell they want. When Shelby (Moretz) and her sisters, Beth (Kiersey Clemons) and Nora (Beanie Feldstein), find the perfect place just off campus, they won’t let the fact that it’s located on a quiet street stand in their way of parties as epic as the guys throw.

Forced to turn to the one ex-neighbor with the skills to bring down the new Greeks next door, the Radners—alongside best friends Jimmy (Ike Barinholtz) and Paula (Carla Gallo)—bring in charismatic Teddy as their secret weapon. If he can infiltrate the sorority and charm his way through it, the thirtysomethings will shutter the Kappas’ home. But if they think that their neighbors are going down without a fight, they have severely underestimated the power of youthful ingenuity and straight-up crazy.

Trailer: ‘Assassin’s Creed’ Sends Michael Fassbender To Fight The Past