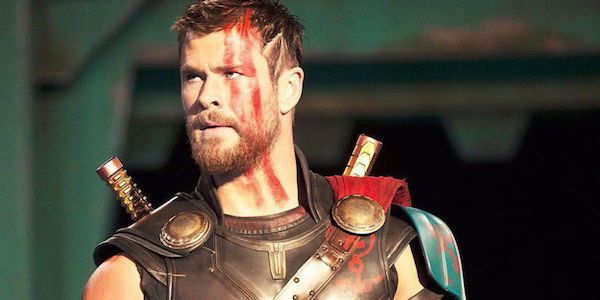 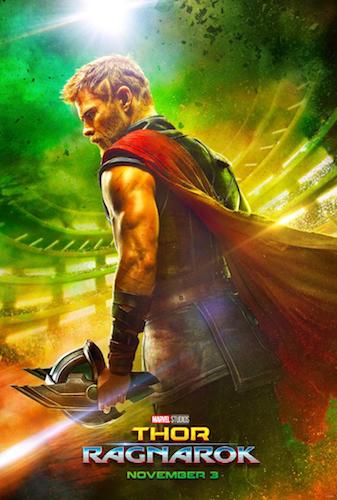 In Marvel Studios’ “Thor: Ragnarok,” Thor will arrive in Asgard after hearing about trouble in his home world, and when he arrives he finds Loki’s style of ruling (while impersonating Odin) has led to some lapses in the rules and leads to the freeing of prisoner Hela. Thor and Hela naturally come to blows when they meet, which sees Thor “blasted” to Sakaar, described as “a barbaric planet ruled by the charming but nefarious Grandmaster (Jeff Goldblum).” There he meets Valkyrie, who is hiding out on the planet, and brings him to the Grandmaster to make him a gladiator, where he meets the most popular competitor in the arena, The Hulk, and loses his trademark hair and hammer.

“Thor: Ragnarok” will feature the return of Chris Hemsworth as the God of Thunder himself, with Tom Hiddleston as Loki, Mark Ruffalo as the Hulk, Idris Elba as Heimdall and Sir Anthony Hopkins again portraying Odin. Cate Blanchett plays the mysterious and powerful new villain Hela, Jeff Goldblum stars as the eccentric Grandmaster, Tessa Thompson will bring the classic hero Valkyrie to life, and Karl Urban will add his might to the fray as Skurge.

Trailer: ‘Star Wars: The Last Jedi’ Is the Beginning of the End?

Trailer: ‘I Am Heath Ledger’ Remembers Life of Rebellious Actor