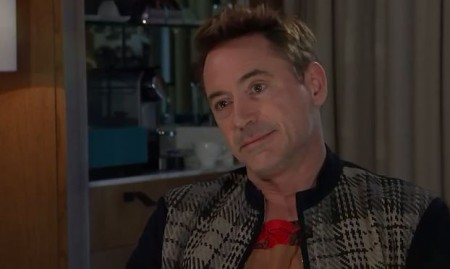 Robert Downey Jr. Walks Off Set at about the 6:30 mark of interview with Krishnan Guru-Murphy.

The seven interview started like most other press junket interviews: generic questions that had been answered a million times before like what it was like filming the sequel to 2012’s superhero blockbuster Iron Man.

But about halfway through, the conversation takes a sharp turn, as interviewer Krishnan Guru-Murphy begins poking at Downey’s past—including his drug addiction, his relationship with his father, and his jail time.

Guru-Murphy also brings up quotes that Downey made to the New York Times about his political views in 2008, causing the normally affable actor to ask rather sarcastically, “Are we promoting a movie?”

On the way out of the room Downey could be heard saying “this got a little Diane Sawyer-y.”

And who could blame him? Downey has talk openly about his struggle with drug and alcohol addition – which he kicked like ten years ago. So either Guru-Murphy didn’t prepare of he was just looking to shine the spotlight on himself by getting a negative reaction to Downey.

Not to worry, The Avengers: Age of Ulton promises to be MUCH better than this interview! 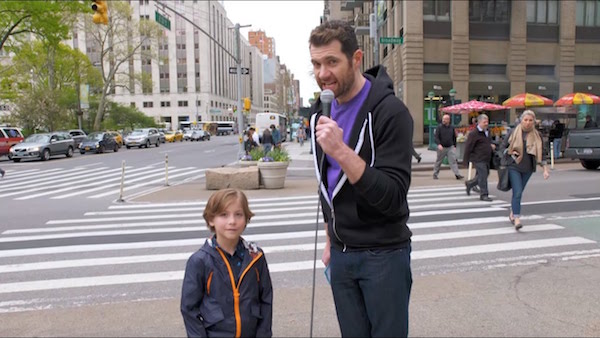 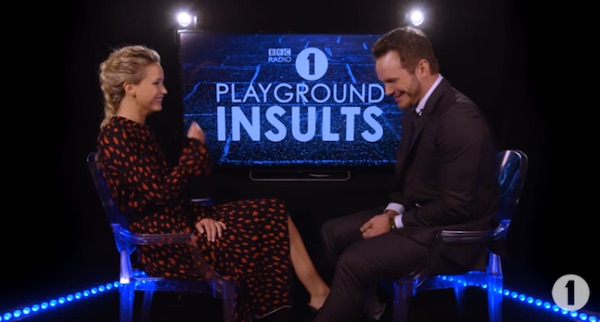 [dropcap]T[/dropcap]hey may take their acting very seriously, but off camera, Jennifer Lawrence and Chris Pratt are a couple of goofballs. When doing publicity for their new movie Passengers, the two stopped by BBC Radio 1 to match wits in a game of “Playground Insults.”

They both get in some pretty good digs, but Chris Pratt seals his victory with a well timed jab at Jennifer Lawrence’s anatomy. 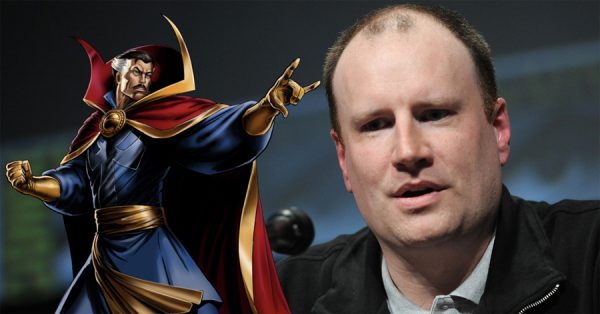