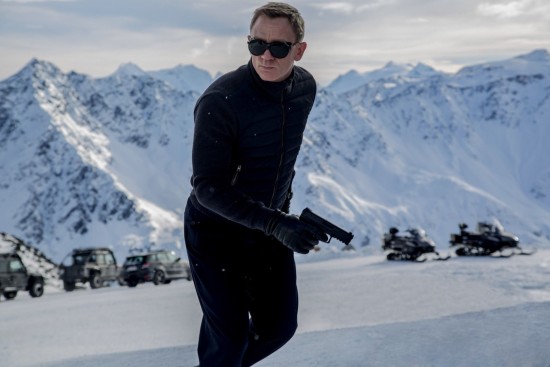 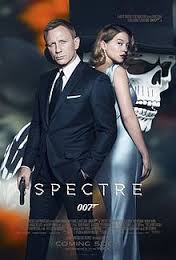 I took a second look at the new James Bond feature Spectre on Monday night to make sure what I had experienced in my first viewing was correct. It turns out that I was right. The new Bond film is the best in the series, going all the way back to 1962, when the franchise started with the smart, impeccably dressed Sean Connery, who remains to this day the unbeatable Bond.

Certainly, much of the reason that Spectre with Daniel Craig in the lead role has bested the super-spy’s best days from the 1960s has to do with the benefits of modern production standards. Some of Bond’s dry wit from Dr. No, Goldfinger and other gems doesn’t always hold up very well, either. Nevertheless, it has not been since Thunderball (1965), From Russia With Love (1964) and Goldfinger (1964) that Bond has has had such a grand, sweeping story line to attend to.

Let’s get real: Skyfall probably should not have been a Bond film in the first place. It was about stopping a disgruntled former employee who was going postal. In the end, a huge stone house blows up. The explosion is huge, but whoever heard of a stone house blowing up – with, what, five minutes of gas leaking to set it off?

Bond is supposed to be a spy, not a cop or a vigilante and in Skyfall the mystery just wasn’t there. In Skyfall, the villain Silva, played by Javiar Bardem, was found in about 15 minutes. After that, it was just police work. Yes, Silva is the most memorable Bond villain in decades, but I still haven’t figured out how he went from being a captured and tortured British agent to having an army of minions, given his grand scheme is simply to get back at his old boss.

Suffice it to say, one of the requirements of being a Bond villain is you have to be seeking world dominance. Getting back at your old boss just doesn’t cut it.

In contrast, Spectre is epic espionage right up to the point that British intelligence has been infiltrated up to the highest level. Yes, it’s beyond hokey to have Franz Oberhauser (aka Ernst Stavro Blofeld), the head of Spectre, played wonderfully by Christoph Waltz, turn out to be the son of the man who took in young James Bond, when his parents died. But that does portray Blofeld as someone with a lifelong grudge, given he faked his own death as a teenager. (That’s pretty much when masterminds of mayhem go bad, I guess. If you don’t start young, it’s hard to rise to the ranks of evil genius until you’re too old to enjoy it.)

Skyfall established Bond as an orphan, so now we’re stuck with making sure every move he makes fits in with someone with a shattered childhood. Too bad. I just liked him as an impeccably 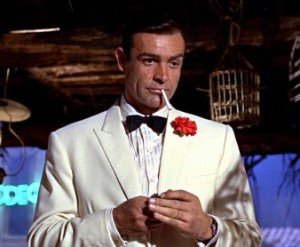 dressed spy. Now he’s billed as an assassin and an alcoholic with anti-social tendencies. He’s vulnerable now for psycho-social reasons, but I liked him better when he was simply invisible.

Spectre, for the most part, overcomes Daniel Craig‘s shortcomings as the current Bond. Just for a start, Craig is not particularly dashing or elegant and Bond’s famous wit with Craig just comes across like an acerbic teenager. He’s supposed to outsmart the bad guys, but Craig just seems like he’s biggest asset is his determination. Sean Connery was detached, where Craig takes things personally. He also seems to grope and slobber on his many female conquests, rather than caress and please them. He’s supposed to be worldly, not a freshman who feels lucky he’s about to get laid.

It is Spectre’s plot, the ever-changing scenery and the rest of the cast that are truly magnificent. Dr. Madeleine Swann played by Lea Seydoux is the best Bond babe ever. She’s smart, modern, level-headed and wonderfully coquettish when she needs to be. Ralph Fiennes does well replacing Judi Dench as M (I always thought she was wrong for the part, anyway; you wouldn’t cast Angela Lansbury as the head of the CIA, would you?) Ben Whishaw is terrific as quartermaster Q and Naomie Harris is outstanding as Eve Moneypenny.

Spectre might be what David Lean would have done with a Bond assignment. It’s tense, sweeping, grand and does Ian Flemming proud. I give it four stars plus. And, just to say so, Rotten Tomatoes has it all wrong. Time, I guarantee it, will be very kind to this film.

Review: Is ‘Goosebumps’ Really Better Than ‘Bridge Of Spies?’