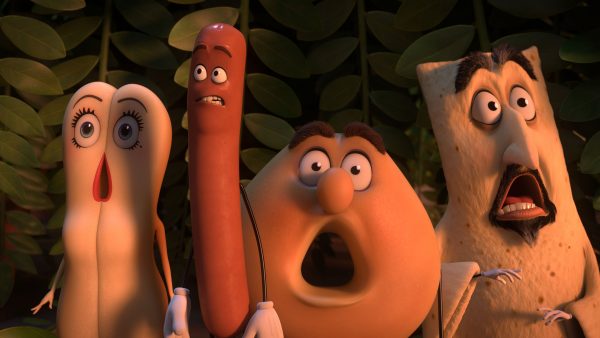 [dropcap]W[/dropcap]hen the trailer for Sausage Party first landed online, it received many laughs for being so shocking and different. Here was a computer-animated movie where the anthropomorphic characters of supermarket items are forced to comprehend their gruesome fates. The food characters experience torture and pain when being eaten, constantly cursing and speaking of sexually congregating with one another.

Sure, it’s a funny trailer, but my initial thoughts were how well such a concept could work in a feature-length movie. Talking food that takes a dark turn is a funny bit for two minutes, five tops. To make this easy comedy work for a movie, the script struggles to find jokes and weave a blunt allegory around a few hilarious scenes.

The rules of this talking food universe are quite odd. A supermarket full of food is sentient enough with expression and looks up to the humans that enter the establishment as gods. The humans cannot hear the food begging to be taken home or see their eyes, mouths, gloved hands and shoed legs (unless, of course, the humans are majorly stoned).

The food has apparently never learned the horrible truth that they exist to be eaten (the store must not have free samples). They believe that outside the supermarket doors lies the great beyond, an eternal paradise that only humans can escort them towards. 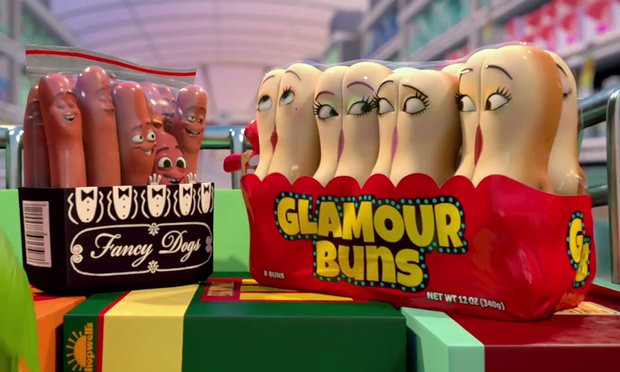 A match made in heaven.

In this supermarket community, hot dogs desire to be wedged between hot dog buns as a sexual act, which can only be accomplished in the great beyond. There are two hot dogs we follow for this adult animated picture. One is Frank (Seth Rogen), a confident everyman (everyweiner?) that is hopeful for the future, despite what he doesn’t know. Another is Barry (Michael Cera), a deformed hot dog that fears for his life and must find the strength to save his friends.

While Barry struggles to find his way in the outside world, Frank travels the aisles of the supermarket to discover the secret of food with his bun girlfriend Brenda (Kristen Wiig), the nervous Jewish bagel Sammy (Edward Norton) and the bitter Arab lavash Vash (David Krumholtz).

As with the controversial pairing of a bagel and a lavash, most of the food characters Frank encounters are based on ethnic origins with stereotypical characterizations.

A wise bottle of booze dubbed Firewater (Bill Hader) smokes weed around a fire and makes the old Indian gag chant of hi-how-are-ya. A box of grits (Craig Robinson) asking that you “call him Mr. Grits”, curses about being driven out of his aisle by crackers. Jars of sauerkraut march in formation as they salute their cause of exterminating “the Juice.” Some of the foods refuse to get along with the fruits, as they are too effeminate.

The only store item that seems to have real character outside of tired stereotypes is the villain of a douche (Nick Kroll) portrayed as an insulting, muscle-head jock. It’s a more clever play on the personification of a douche acting like a douche – not genius, but still clever. 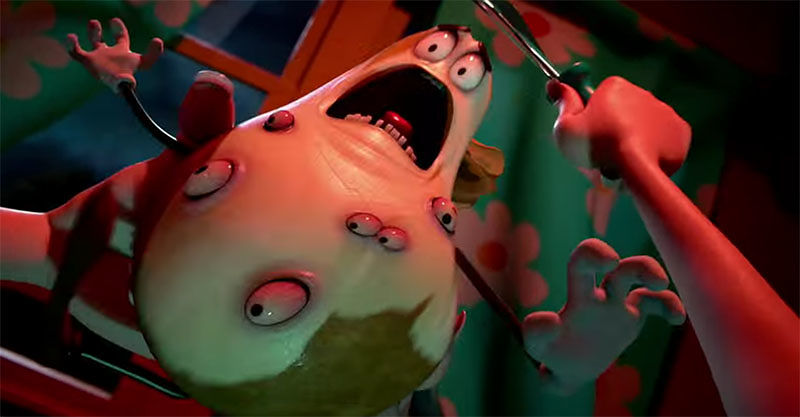 Getting eaten is not all it’s cracked up to be in ‘Sausage Party.’

A big shock occurs when Barry discovers that he has been brought home to be eaten by the gods. Potatoes have their skin peeled off, tomatoes are sliced in half and cheese is grated; all of these characters are screaming in pain as they slowly die. Another eventful scene features a bag of flour explode as food spills out of a cart, cookies scrambling to reassemble themselves and bananas having their faces peeled off, in a parody of Saving Private Ryan.

While these two scenes are hilariously vicious, the gimmick wears out its welcome as the movie goes on and the death toll mounts. We don’t spend enough time getting to know most of these characters that the sight of them being smashed, eaten, sliced or shredded doesn’t hold so much shock. You can only “kill” an inanimate object so many times before it means nothing.

I suppose the big appeal of Sausage Party is that it banks hard on its gross-out, foul-mouthed nature and its hard R rating for an animated movie. It’s not exactly the first animated movie to reach for vulgarity as with Ralph Bakshi’s Fritz the Cat (1972) or Trey Parker and Matt Stone’s South Park: Bigger, Longer and Uncut (1999). 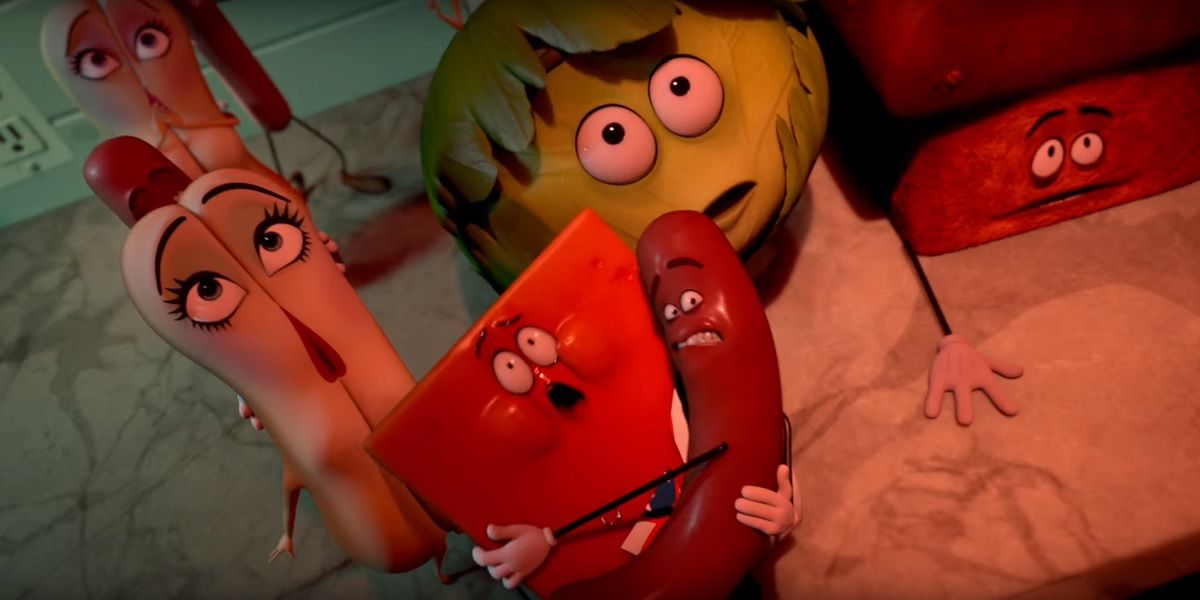 Fear is one way to bring ingredients together.

It’s not even the most recent R-rated animated movie as with last year’s stoner comedy Hell and Back and Charlie Kaufman’s human drama Anomalisa. I’ll give the movie this: it is the first computer-animated movie to savagely lampoon the cute anthropomorphization of animated movies for kids.

But for trying to be so adult with all manner of reference to drugs, religion and gore, I was surprised at the abundance of food puns so lame that even children’s animated movies wouldn’t use them. A meatloaf is voiced by Meatloaf. A collective of apples believe they are called upon when someone utters the phrase “how do you like them apples.” Frank addresses the corn by asking them to lend him their ears. The abundance of these puns comes off as lazy bits of writing, desperately seeking anything that can be funny in a supermarket setting.

Read more to watch the trailer for Sausage Party: