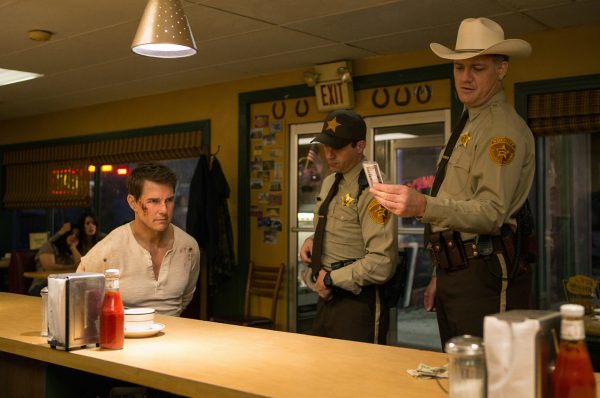 Is Jack Reacher: Never Go Back a worthwhile sequel for Tom Cruise? Read our movie review to find out:

[dropcap]J[/dropcap]ack Reacher falls into the all-too-familiar category of action heroes that telegraph everything they do. When we first meet Reacher, reprised by Tom Cruise, in Jack Reacher: Never Go Back, he’s placed under arrest for beating up two men. Reacher informs the cocky cop that two things are going to happen: (1) the phone is going to ring with the military police and (2) the military police is going to put the cuffs on the cop.

Sure enough, these exact events occur in the order he specified. It’s his one unique trait as an ex-soldier turned drifter: the ability to state his goals and then carry out said goals.

Jack Reacher: Never Go Back finds Reacher trying to prove the innocence of his pal in the military, Susan Turner (Cobie Smulders), who has been accused of murder. When Reacher goes snooping around for the truth, he himself is suspected of murder as well.

Turner and Reacher soon find themselves on the run from the military police and trying to stay one step ahead of a weapons contractor that wants them both dead. As they track down clues about these weapons dealers that want to knock them off, they proceed through some typical chases. They steal a car and speed through traffic, attempting to avoid the police. They dash into a kitchen full of weapons, perfect for assaulting goons that are sent after them. And, of course, there has to be a rooftop chase so Cruise can fulfill his quota of stunts per movie. 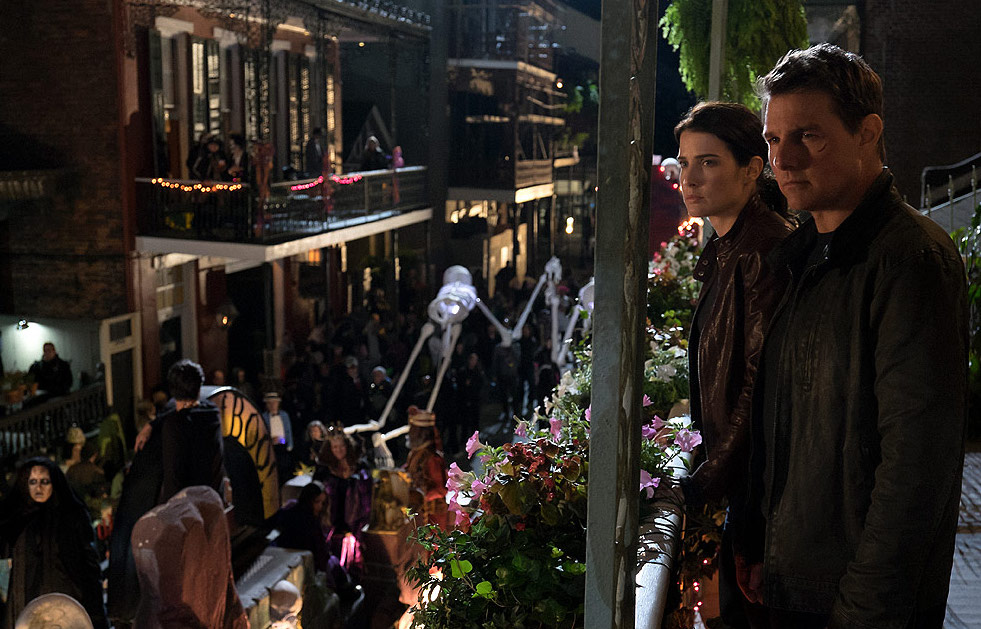 At least they’re getting in the Halloween spirit?

With Reacher and Turner on the lamb together, the movie sets up the opportunity for them to develop a relationship, but it never ventures past platonic. This would be fine if it weren’t for featuring several scenes where they share a room with Turner strutting around in her bra or a robe. But the two are never given enough character to be attracted to one another that such scenes appear odd and out of place.

To nail home the point that they will never be a couple, Reacher makes a slip about Turner being a better babysitter, launching her into a mild rant about how the sexist tension of the military has aggravated her so. Some point to play in developing her character? Nope, just a rant.

Since there is no chemistry to be had from Cruise and Smulders, even in the most awkward of forced quips, the third wheel of blonde teenager Danika Yarosh is thrown into the mix as Jack’s supposed daughter Samantha. Now targeted by contractors out to get Reacher and Turner, Samantha tags along to make mistakes so the plot has tension. She forgets to tell the two that she has a cell phone which leads to the bad guys tracking her. She uses a stolen credit card and the bad guys can track her once more.

Her moments of connecting with Reacher are few and far between and her one skill of being a talented artist never comes into play. Maybe she could sketch some of the goons she spots that Reacher might have missed. Give her something to do besides adding a forced daddy-daughter aspect and providing another young victim to flee from the antagonists. 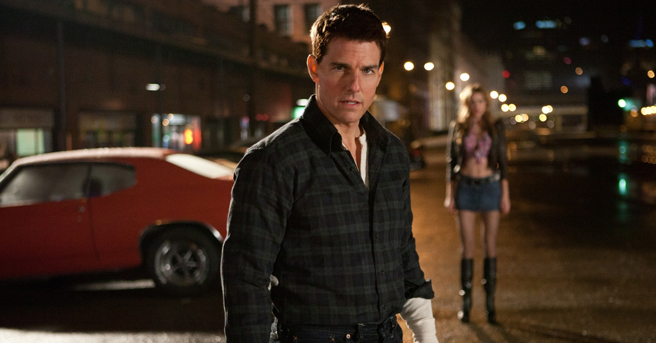 The teenage daughter gets shoved into the background in ‘Jack Reacher: Never Go Back.’

Even after nearly being killed, Samantha still scoffs at Reacher’s controlling nature with a “yeah, whatever” attitude, with eyebrows and lips raised in “as if” fashion. Not exactly the tone I expected from a girl who was nearly shot to death in her own home by assassins, but I guess the director assumed that all teenagers are ungrateful airheads in moments of violence.

The dialogue and acting ranges from lukewarm to awful. Reacher’s introduction mostly involves either himself or other people talking about how cool he is. There’s no opening display of strength or distance to suggest this; you’ll just have to take everyone else’s word for it. When the characters are not spouting more exposition of who to interrogate or where to travel next, they’re mostly trading lame jokes that seem more at home in a vaudeville routine than an action thriller. Even worse, these attempts at humor appear only funny on paper. Don’t expect Cruise’s robotic performance to enhance any of this material, far better suited to a deadpan actor.

Read more to get the rest of the movie review and watch the trailer for Jack Reacher: Never Go Back: