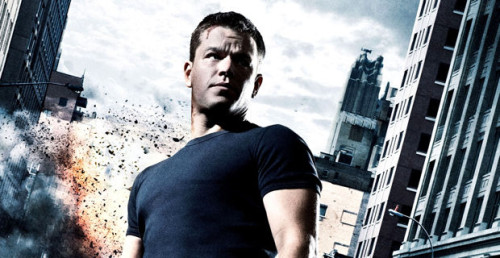 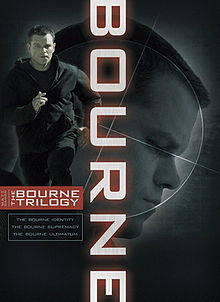 It’s no secret that Hollywood lives on sequels. For that matter, so do film actors, who otherwise find it hard to keep a steady job.

The sequel providing the buzz this week is the fifth Jason Bourne movie, which will see the return of Matt Damon to the title role after stepping away from the franchise for the fourth film in the sequence. That film, The Bourne Legacy, featured Jeremy Renner as black ops CIA agent who was manipulated by the CIA through the use of “chems” that enhanced his physical and mental abilities, but also created a dependence, which becomes all the more critical when the government decides to end the black ops program and kills the surviving agents.

With production moving forward with the fifth film, Damon has revealed some plot twists in an interview with the NY Daily News. Spoiler alert for those who do not want to know, find another MovieSpoon article to read.

As we know, Jason Bourne’s primary predicament in the first films is that he – a highly trained black ops assassin – has lost his memory, which he has to recover while being hunted down by the very agency that trained him. But in the fifth film, says Damon, Bourne has recovered his memory. The film starts after a 12-year lapse of contact with the world of espionage. He has been “off the grid,” says Damon, the 12 years allowing for the point that Damon, himself, has aged since the series began in 2002, but hinting that the plot takes place three years in the future, given it will only have been nine years since the first release, The Bourne Identity.

While his memory has recovered, “that doesn’t mean he knows everything,” Damon said. First, “we have to answer the question: Where’s he been [for 12 years]? … What’s he been doing? What gets him going again? So once that we solved all that, then we had a movie.”

And here are some more Damon-provided hints from statements made earlier. “Without giving too much of it away, it’s Bourne through an austerity-riddled Europe and in a post-Snowden world. It seems like enough has changed, you know? There are all these kinds of arguments about spying and civil liberties and the nature or democracy.”

OK, let’s back up the truck. An “austerity-riddle Europe,” refers, of course, to the economic recovery that has been managed through conservative economic policies, which involve pulling back or holding the line on social services, so that Europe can pay off debts. In so many words, that means pay off debts first, make investments that create jobs second – if ever.

Snowden, of course, is 32-year-old former CIA employee Edward Snowden, who leaked thousands of pages of classified information to journalists and who has been in hiding – presumably in Russia – since June 2013.

We also know, says Blogging in the Reel World, that the next Bourne film begins in Greece and ends in Las Vegas. It will be directed by Paul Grengrass, who directed Damon in Bourne Ultimatum (the third Bourne film). Among the cast will be Tommy Lee Jones, Alicia Cikander, Vincent Cassel, Ato Essandoh and Julia Stiles, who will reprise her role as Nicky Parsons.

Review: ‘Everest’ A Plea For Sanity Despite Dangerous Temptations