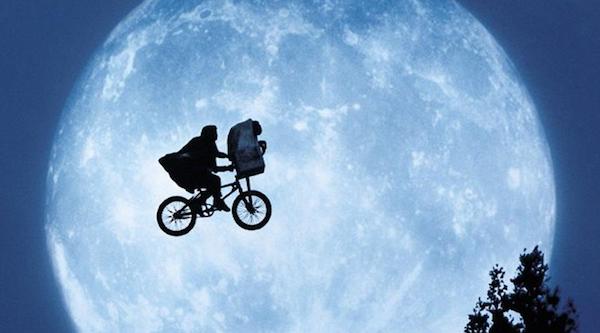 [dropcap]I[/dropcap]t’s a new year and it’s time to make some resolutions. I’m sure a popular one will be to work off some of those Christmas cookies. And since the winter months are still chilly, you’ll most likely be working out indoors. While you’re taking off those pounds, be sure to keep your tablet handy for these Netflix recommendations to make those hour-long exercises just fly by. You’ll be glad you binged on these rather than more of that Christmas fudge.

Here are the 9 Must-Watch Netflix releases for January:

Key to the City

—Agent: The following is for your eyes only—

Talk about a character who won’t live and let die! Just like our Andy from Key to the City (which you should check out now by the way!), James Bond has had many different faces over the years (though Andy’s face literally changes every morning he wakes up 😃), which got me wondering about the best James Bond flick of all time. So read on and find out which movie gets a license to kill! Ok, I’m done with the puns now.

Inspired by the success of Star Wars, Moonraker is an awesome, spacey James Bond movie.

We love Sean Bean in pretty much everything, and he’s perfect as villain Alec Trevelyan/Janus, a rogue former MI6 agent. There’s also Famke Janssen, who has super-powered killer thighs.

This movie has one of the most iconic James Bond moments ever–when a gorgeous woman in a bathtub asks Bond for something to wear, he simply hands her a pair of shoes.

As much as we love the actors who play James Bond, the villains are just as interesting. It doesn’t get much better than Christopher Lee playing a deranged assassin.

Casino Royale did a remarkable job at painting James Bond as a real human, a trend which would follow in Daniel Craig’s later Bond movies. Eva Green’s portrayal of Vesper Lynd was a welcome twist on the standard Bond girl.

The very first of the James Bond films featured Sean Connery facing off against Doctor No, a crazed nuclear scientist. It set the standard for every Bond movie that followed.

Though Roger Moore may not be people’s favorite James Bond, the worldwide scenery and crazy sets–like the ocean hideout–gave The Spy Who Loved Me a grand scale.

From Adele’s beautiful theme to the gorgeous cinematography, it’s impossible for Skyfall not to make an impression. This was Daniel Craig’s best appearance as James Bond, and Javier Bardem provides a terrifying counterbalance.

Sean Connery is one of our favorite James Bonds ever, and for good reason. In his second stint as the spy, Connery shines alongside former Miss Rome Daniela Bianchi. This is one of the most spy-feeling movies of any of the Bond films.

Hailed as the “ultimate Bond” movie by many sources, Goldfinger featured Sean Connery in his third run as James Bond. Plus, who can forget one of the most memorable exchanges in film history? “Do you expect me to talk?” “No, Mr. Bond. I expect you to die!”

[dropcap]A[/dropcap]s much as everyone likes to cheer on the hero, there are certain movies where you can’t help but feel some sympathy for the baddie. Sometimes, it’s good to be bad. Just ask Gabby… or better yet,  check out Gabby Goes to College and find out why. Sometimes though, bad just means plain ol’ bad… and we love it. Here are the 16 greatest movie villains ever:

He murdered his father to seize the throne, which doesn’t really start his rule off on a good foot.

This was the movie that put Tom Hiddleston on the map. Who wouldn’t want to follow the charismatic god of mischief?

The flying monkeys may have been creepier, but the Wicked Witch of the West was the mastermind behind it all.

Nightmares are already scary enough before Freddy Kreuger finds his way into your mind.

The German terrorist wouldn’t have been the same without the late Alan Rickman. Only his voice could leave such an impact on lines like, “That’s a very nice suit, Mr. Takagi. It would be a shame to ruin it.”

Sauron is massively powerful, but his full power isn’t realized without his trusty ring. Unfortunately for the rest of Middle Earth and especially Frodo, he wants it back.

Quentin Tarantino refers to Hans Landa as the best character he’s ever created. Best, but possibly most chilling.

The darkest wizard of all time murdered Harry Potter’s parents before attempting to kill Harry himself, who was a baby at the time. Who does that? Only one of the greatest villains ever.

You only need to hear the music to know you’re in trouble.

He wears a creepy mask that must be hard to see out of and never seems to run, but somehow he always catches up to his victims.

Heath Ledger’s performance as the Joker was chilling. It won the actor a posthumous Oscar for his work.

Not only is Dracula one of the most classic monsters, Bela Lugosi’s portrayal is a classic performance.

Having a strong desire to live is one thing, but Jigsaw takes things too far when he tests other people’s will to do the same by making them mutilate themselves.

Goeth oversaw a Jewish labor camp during WWII, where he’d occasionally shoot prisoners just for the heck of it.

He eats people, but somehow you’re still rooting for this eerie movie villain.

Though he’s most known for his heavy breathing and telling Luke about that whole paternity thing, Darth Vader, above all, strikes fear into his enemies’ hearts.